The Barcelona Pavilion designed by Ludwig Mies van der Rohe and Lilly Reich, was the German Pavilion for the 1929 International Exposition in Barcelona, Spain. This building was used for the official opening of the German section of the exhibition. It is an important building in the history of modern architecture, known for its simple form and its spectacular use of extravagant materials, such as marble, red onyx and travertine. The same features of minimalism and spectacular can be applied to the prestigious furniture specifically designed for the building, including the iconic Barcelona chair. It has inspired many important modernist buildings. 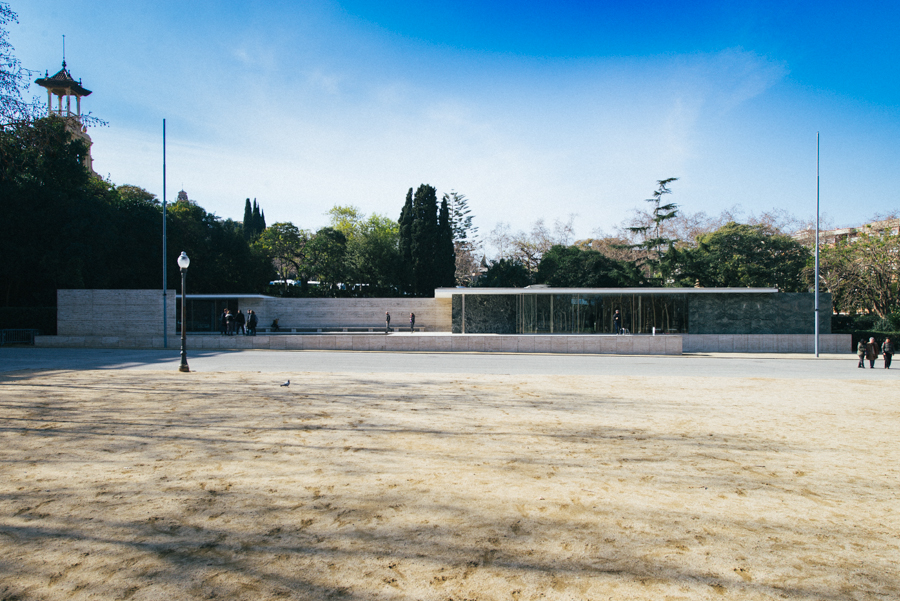 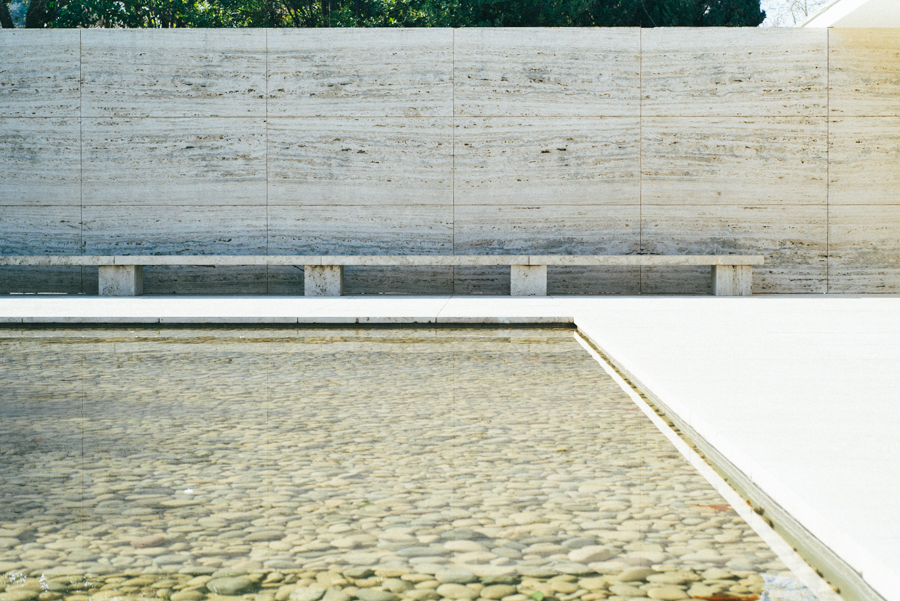 The Pavilion was not only a pioneer for construction forms with a fresh, disciplined understanding of space, but also for modelling new opportunities for an association of free art and architecture. Mies placed Georg Kolbe’s Alba (“Dawn”) in the small water basin, leaving the larger one all the more empty. The sculpture also ties into the highly reflective materials Mies used—he chose the place where these optical effects would have the strongest impact; the building offers multiple views of Alba. “From now on, in the sense of equality for juxtaposing building and visual work, sculptures were no longer to be applied retrospectively to the building, but rather to be a part of the spatial design, to help define and interpret it. To the day, one of the most notable examples is the Barcelona Pavilion”. 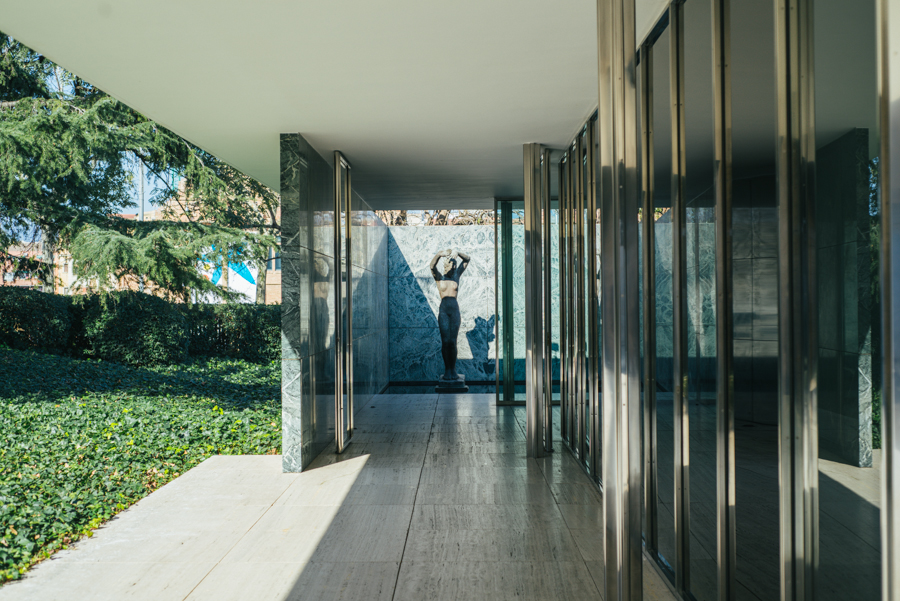 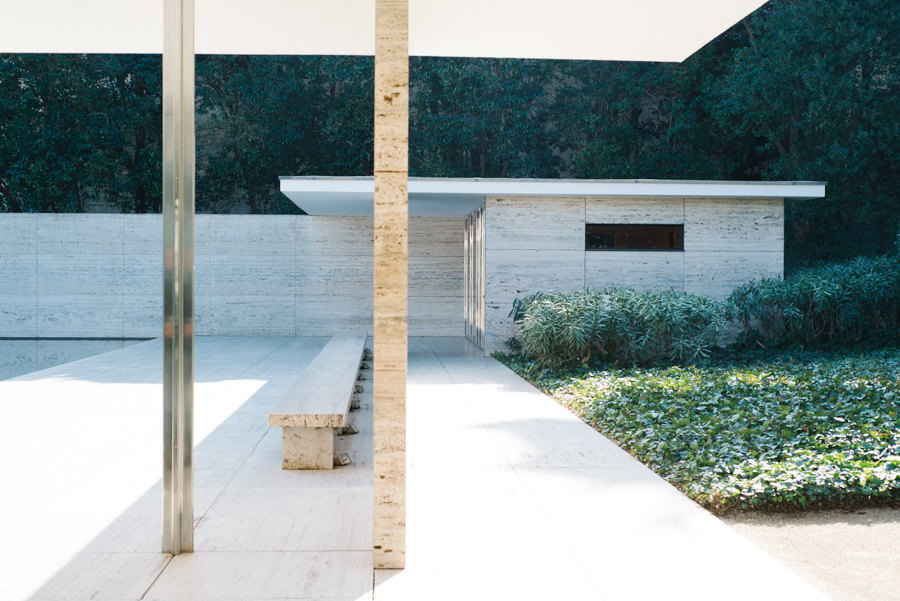 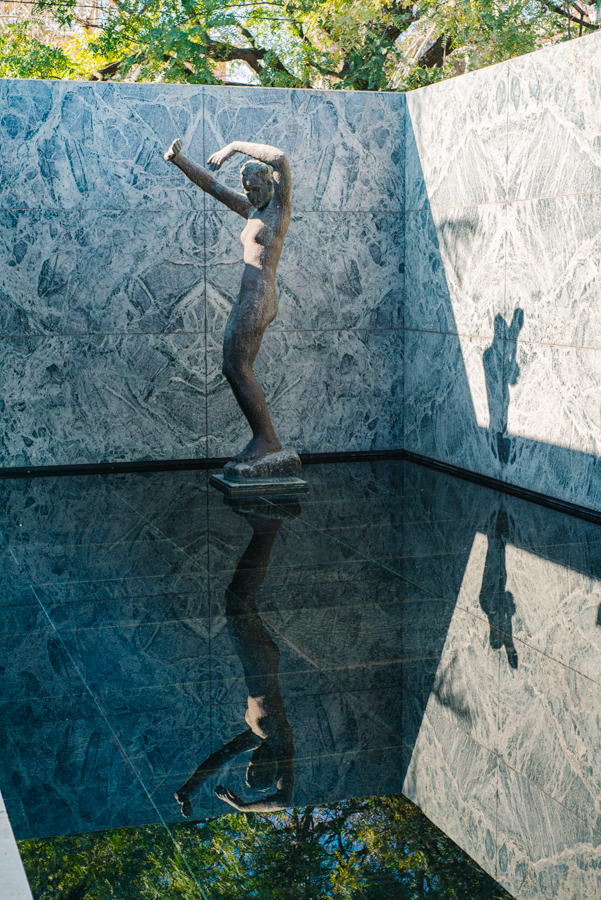 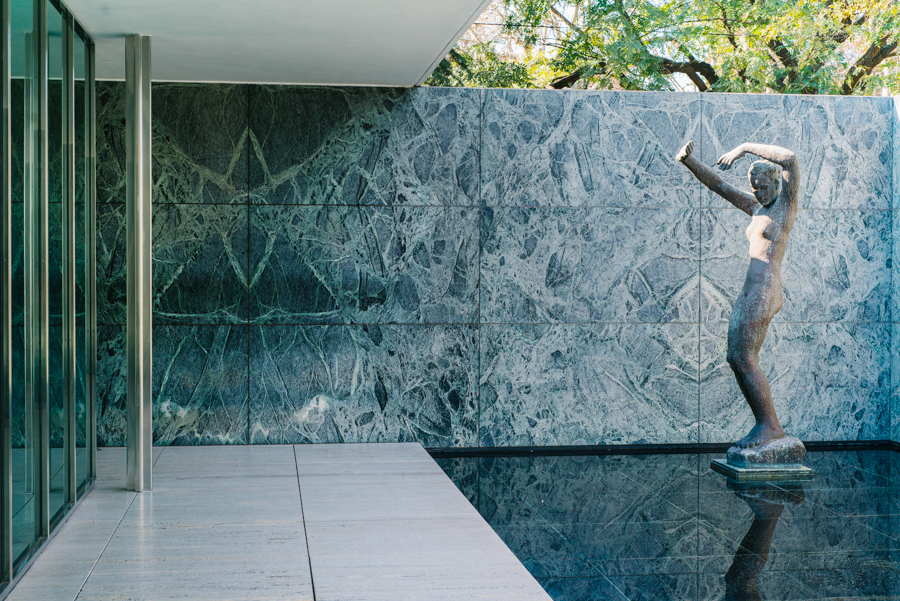 The pavilion was to be bare, with no exhibits, leaving only the structure accompanying a single sculpture and specially-designed furniture (the Barcelona Chair). This lack of accommodation enabled Mies to treat the Pavilion as a continuous space; blurring inside and outside. “The design was predicated on an absolute distinction between structure and enclosure—a regular grid of cruciform steel columns interspersed by freely spaced planes”. However, the structure was more of a hybrid style, some of these planes also acted as supports. The floor plan is very simple. The entire building rests on a plinth of travertine. A southern U-shaped enclosure, also of travertine, helps form a service annex and a large water basin. The floor slabs of the pavilion project out and over the pool—once again connecting inside and out. Another U-shaped wall on the opposite side of the site also forms a smaller water basin. This is where the statue by Georg Kolbe sits. The roof plates, relatively small, are supported by the chrome-clad, cruciform columns. This gives the impression of a hovering roof. Robin Evans said that the reflective columns appear to be struggling to hold the “floating” roof plane down, not to be bearing its weight. 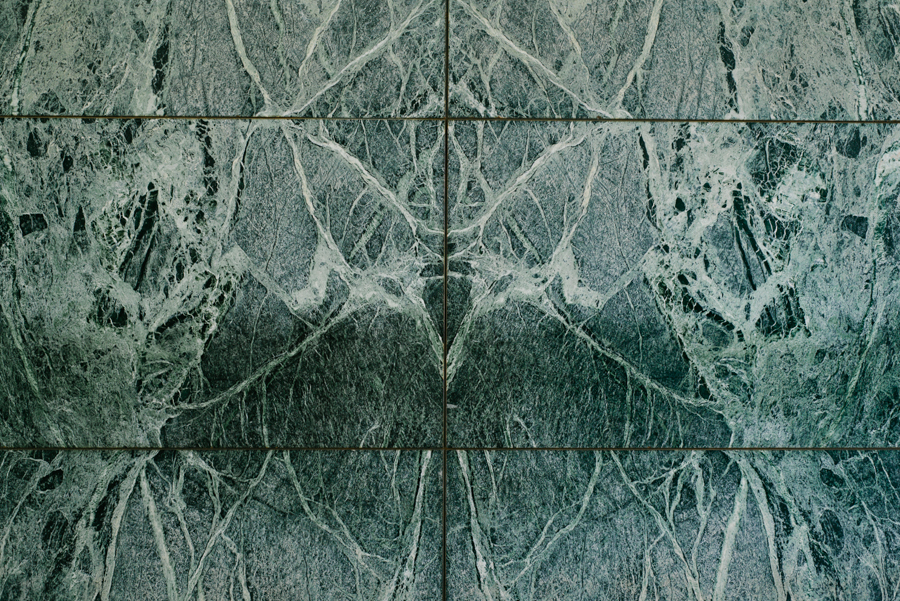 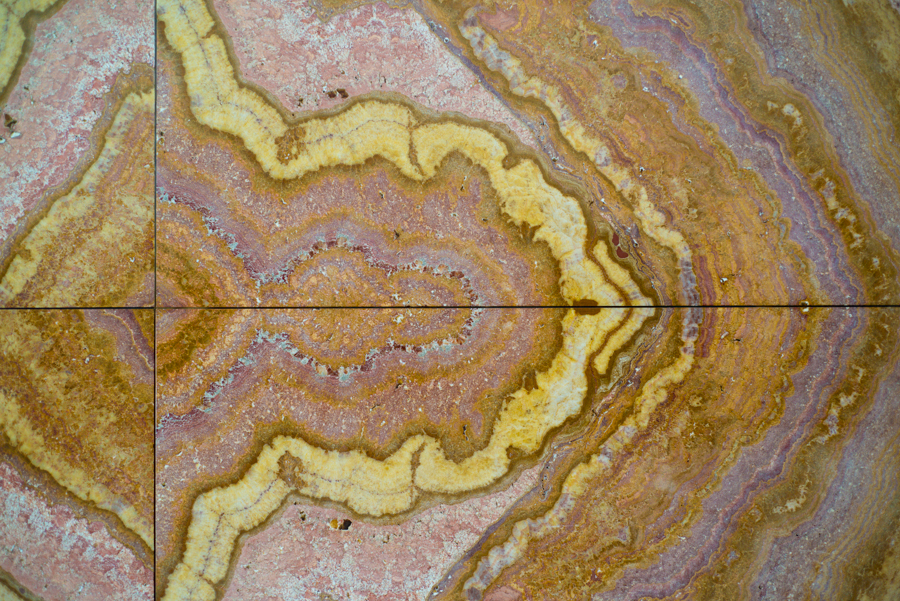 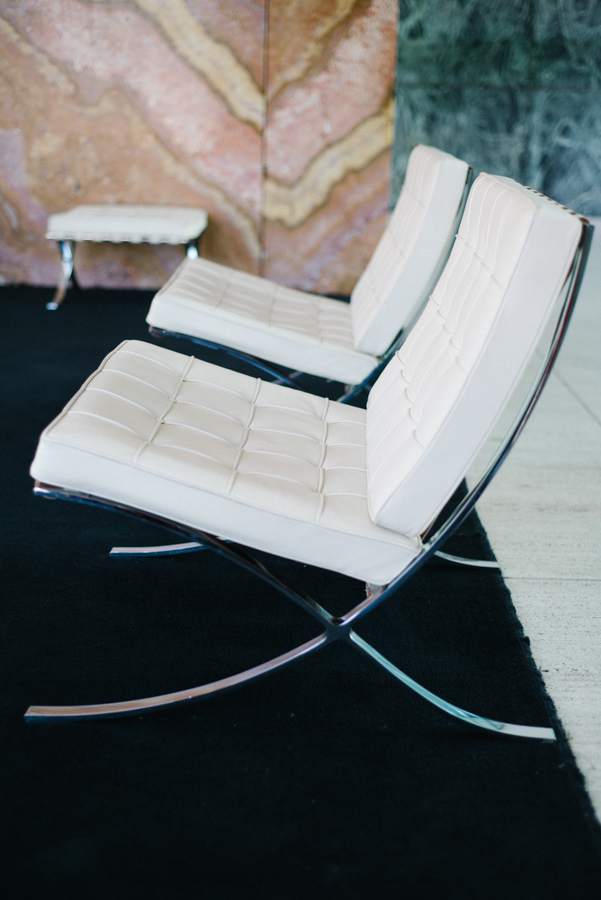 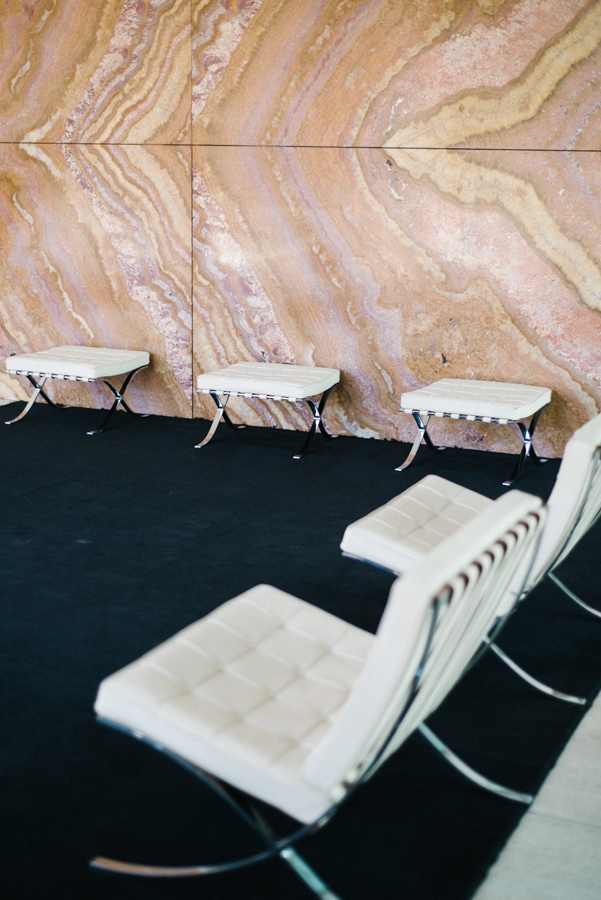 Mies wanted this building to become “an ideal zone of tranquillity” for the weary visitor, who should be invited into the pavilion on the way to the next attraction. Since the pavilion lacked a real exhibition space, the building itself was to become the exhibit. The pavilion was designed to “block” any passage through the site, rather, one would have to go through the building. Visitors would enter by going up a few stairs, and due to the slightly sloped site, would leave at ground level in the direction of the Poble Espanyol. The visitors were not meant to be led in a straight line through the building, but to take continuous turnabouts. The walls not only created space, but also directed visitor’s movements. This was achieved by wall surfaces being displaced against each other, running past each other, and creating a space that became narrower or wider.

*All photos are taken by us.

You can buy prints and digital images here
01
01 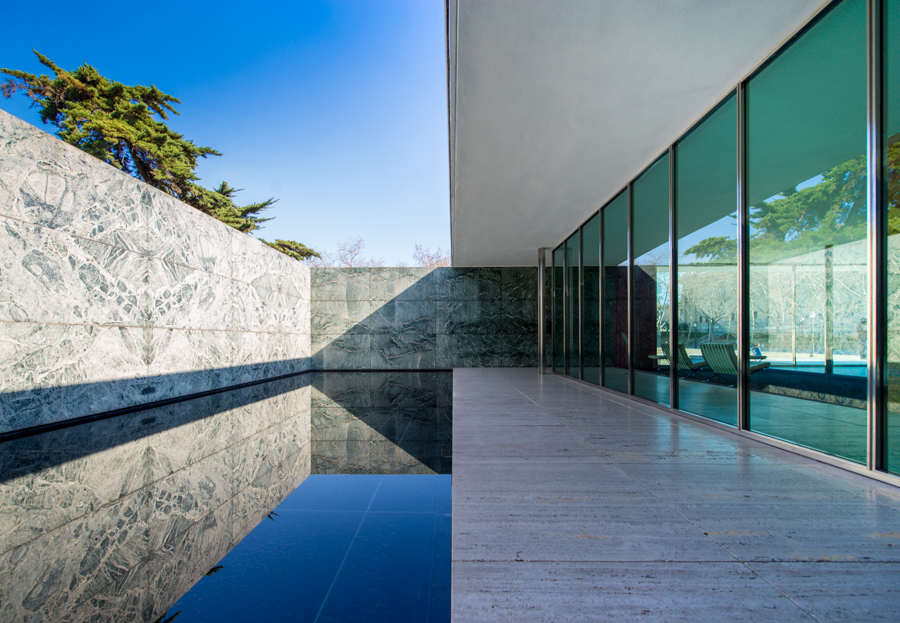 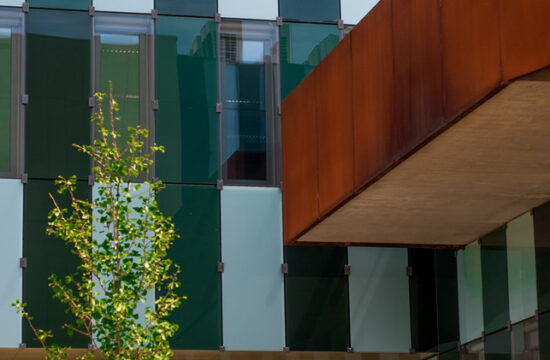 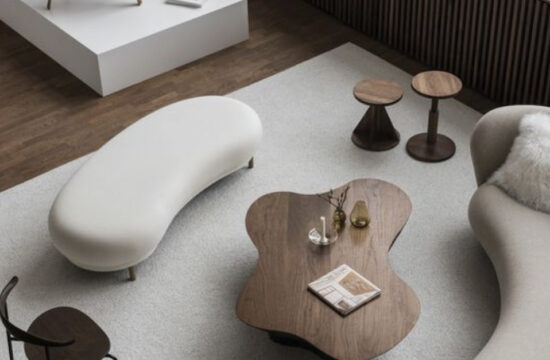