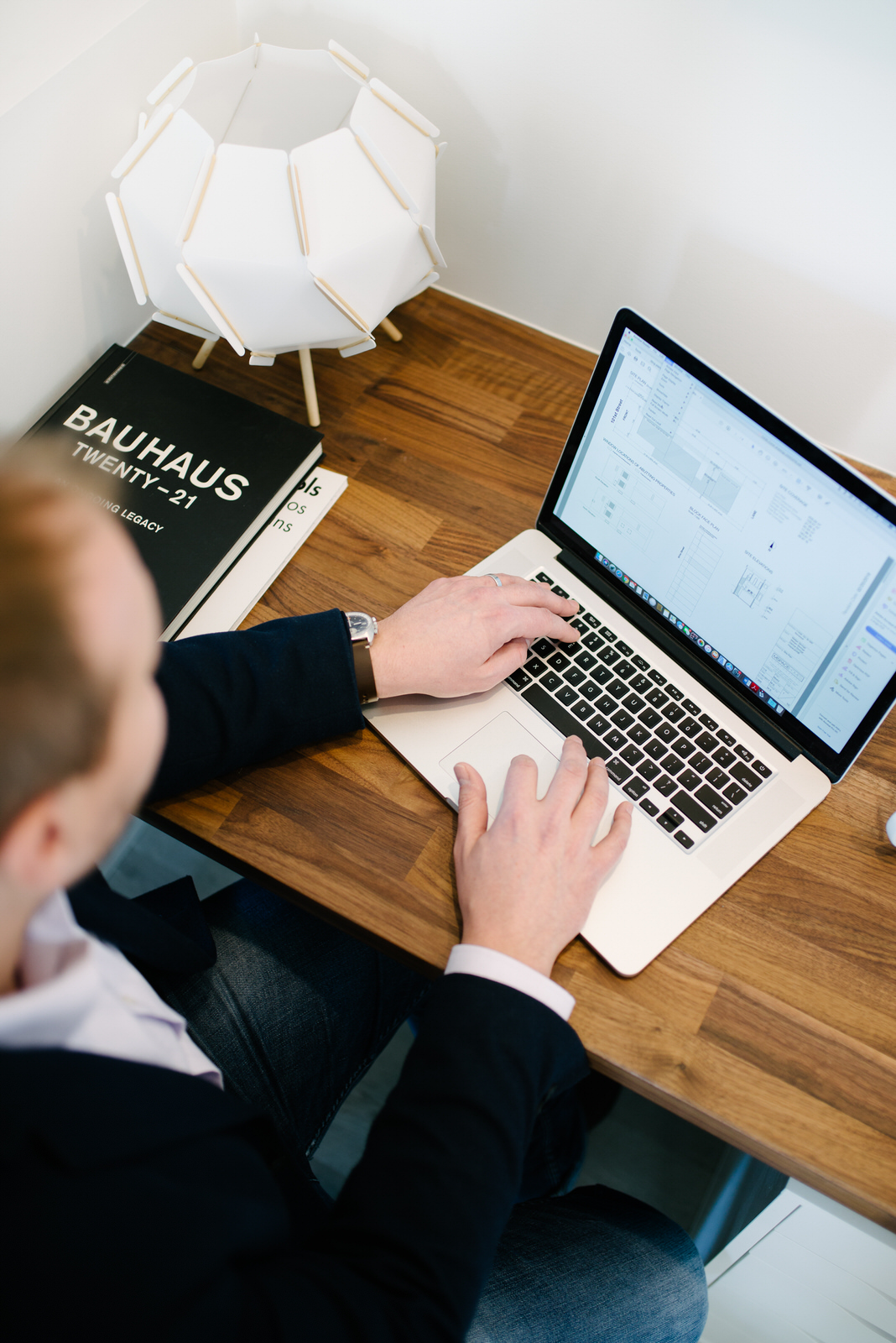 Recently, we were approached to design a back-to-front semi detached home in an area very close to downtown Edmonton.

Our goal was as always to maximize lot coverage, while still ensuring proper separation between the two units, and adherence to zoning and the Mature Neighborhood Overlay, which governs Edmonton’s infill areas.

In this multi-part blog post, we will try to shed some light on the design and thought process behind our work. 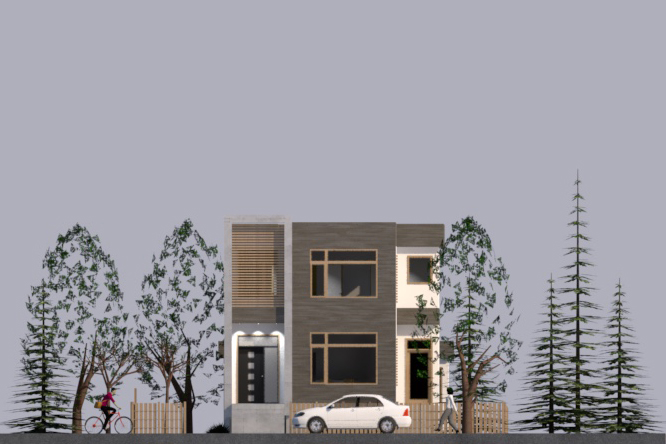 One of our primary objectives when beginning work on a new project is to establish a common design language and theme for the development. We always strive for elevations that are as clean and simple as possible, especially when it comes to the side elevations. Initially, we always look to locally sourced or traditional cladding in order to achieve a greater amount of integrity in our designs. The primary, street facing elevation should be an evolution of this simplicity and integrity, either through the addition or subtraction of architectural elements.

When designing the street-facing elevation of this particular development, we carefully studied existing infills in surrounding areas, and drew on the experience of previous developers. The first sensation of this particular façade is therefore very similar to that of “skinny” homes that are being constructed all around the city, with an added view of the rear unit set further in on the lot.

There are four major elements that make up this elevation: the large windows of the living room and bedroom on the main and upper floors, the front entrance, and the slats covering the bedroom window above the front entrance.

As was the case with the front elevation, we committed a fair bit of time to designing the flanking elevations – the south façade of the development is prominently visible from 101 Street, so we wanted to avoid an arbitrary array of windows as much as possible. The resulting elevation boasts an evenly spaced repetition of a single element – a vertically oriented window – throughout the plane visible to oncoming traffic.

Both the South and West facing elevations are repeated on the opposing exposures. This gives a unified appearance to the development in keeping with the established design language.

This development is partially clad in metal siding, with a woodgrain texture finish. It is a modern material with ageless appeal, and while not local, is still a Canadian product, ready to withstand our harsh climate for decades to come. The remainder of the development is finished in an acrylic stucco material on top of two inches of rigid insulation.

The combination of the two materials, along with insulation within the wall assembly itself, assures insulation values in line with the highest standards of the Energy Code for new construction. 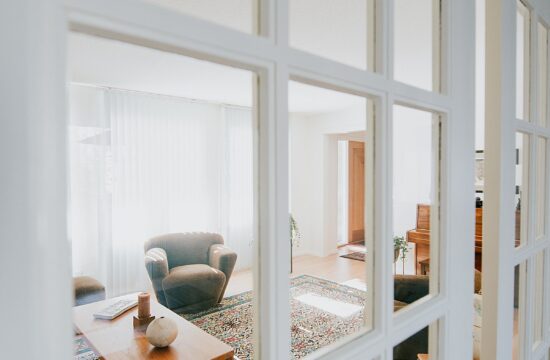 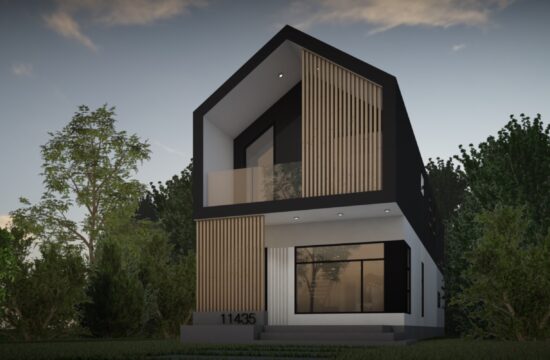